In the 1970s, less than 4 percent of Americans had suffered from kidney stones. By the 1990s, this had increased to more than 5 percent. Today, with rates continuing to rise, kidney stones will impact one in 10 US adults at some point during their lives — usually between the ages of 20 and 50.

In most cases, kidney stones pass without causing lasting damage, but the pain during passing can be excruciating. Kidney stones are also sometimes associated with lower back pain, stomach pain, nausea or vomiting, fever, and chills.

Generally, the larger the stone, the more pain and symptoms it will cause. Sometimes aggressive treatments are needed to clear the stones, and each year, more than half a million people go to US emergency rooms due to kidney stones.

Once you’ve had them, your risk of recurrence increases. About 35 percent to 50 percent of people will have another bout with kidney stones within five years unless changes are made. What type of changes? According to new guidelines issued by the American College of Physicians (ACP), one of the simplest strategies you can take is to drink more water. 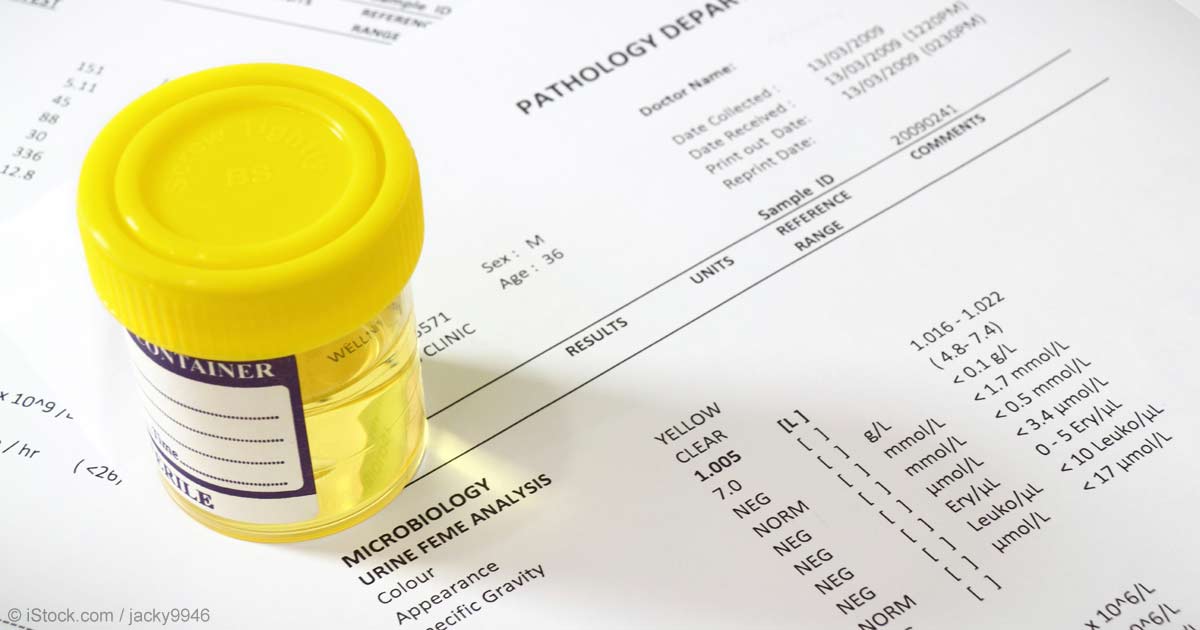 The number one risk factor for kidney stones is not drinking enough water. If you aren’t drinking enough, your urine will have higher concentrations of substances that can precipitate out and form stones.

Specifically, stone-forming chemicals include calcium, oxalate, urate, cysteine, xanthine, and phosphate. These chemicals should be eliminated in your urine via your kidney, but if too little liquid is present, they can join together to form a stone. According to the National Kidney Foundation:

“Urine has various wastes dissolved in it. When there is too much waste in too little liquid, crystals begin to form. The crystals attract other elements and join together to form a solid that will get larger unless it is passed out of the body with the urine… In most people, having enough liquid washes them out or other chemicals in urine stop a stone from forming.”

The new ACP guidelines call for people who have had a kidney stone in the past to increase their fluid intake so they have at least two liters of urine per day, which they say could decrease stone recurrence by at least half. To achieve this, they recommend increased fluid intake spread throughout the day, pointing out that both water and mineral water are beneficial.

Research shows, for instance, among patients with kidney stones that those who increase hydration to reach two liters of urine a day had a 12 percent recurrence rate compared to 27 percent among those who didn’t increase their fluid intake.

The National Kidney Foundation recommends drinking more than 12 glasses of water a day, but a simpler way to know if you are drinking enough water is to check the color of your urine; you want your urine to be a very light, pale yellow (darker urine is more concentrated).

Every person’s water requirement is different, depending on your particular metabolic requirements and activity level, but simply keeping your urine light yellow will go a long way toward preventing kidney stones.

Remember to increase your water intake whenever you increase your activity and when you’re in a warmer climate. If you happen to be taking any multivitamins or B supplements that contain vitamin B2 (riboflavin), the color of your urine will be a very bright, nearly fluorescent yellow and this will not allow you to use the color of your urine as a guide to how well you are hydrated.

One important point: not just any fluid will do to increase your urine output. While water and mineral water were protective, drinking soda is associated with kidney stones, possibly because the phosphorus acid it contains acidifies your urine, which promotes stone formation.

In addition, one South African study found that drinking soda exacerbates conditions in your urine that lead to formation of calcium oxalate kidney stone problems. The sugar, including fructose (and high fructose corn syrup in soda), is also problematic.

A diet high in sugar can set you up for kidney stones, since sugar upsets the mineral relationships in your body by interfering with calcium and magnesium absorption. The consumption of unhealthy sugars and soda by children is a large factor in why children as young as age 5 are now developing kidney stones.

Sugar can also increase kidney size and produce pathological changes in your kidney, such as the formation of kidney stones. According to The National Kidney Foundation, you should pay particular attention to keeping your fructose levels under control:

So if you’re a soda drinker, cutting back is an important strategy to remember. In one study, those with kidney stones who eliminated soda from their diet lowered their risk of recurrence by about 15 percent.

As mentioned, kidney stones usually pass without any lasting complications, however there are some long-term associated risks. Kidney stones increase your risk of developing chronic kidney disease, for instance, and new research also shows they might be associated with more brittle bones.

Past research has suggested that people with kidney stones have lower bone mineral density. The new study used data from more than 52,000 people and showed that those with kidney stones were at a significantly higher risk of bone fractures. Specifically:

If you live in area with fluoridated drinking water (such as most of the US), you might be interested to know that high levels of fluoride in water are associated with kidney stones. The condition was nearly five times more common in an area with high fluoride (3.5 to 4.9 parts per million, or ppm) than a similar area without high fluoride levels in the water.

Overall, the prevalence of kidney stones in the high-fluoride area was nearly double in those with fluorosis than those without. Dental fluorosis – a condition in which your tooth enamel becomes progressively discolored and mottled – is one of the first signs of over-exposure to fluoride.

Eventually, it can result in badly damaged teeth, and worse… It’s important to realize that dental fluorosis is NOT “just cosmetic.” It can also be an indication that the rest of your body, such as your bones and internal organs, including your brain, has been overexposed to fluoride as well. In other words, if fluoride is having a visually detrimental effect on the surface of your teeth, you can be virtually guaranteed that it’s also damaging other parts of your body, such as your bones. A reverse osmosis water filtration system can remove fluoride from your drinking water.

You’re more prone to kidney stones if you’re bedridden or very sedentary for a long period of time, partly because limited activity can cause your bones to release more calcium. Exercise will also help you to resolve high blood pressure, a condition that doubles your risk for kidney stones. Even low amounts of exercise may be beneficial to reducing your risk. In a study involving more than 84,000 postmenopausal women, it was found that those who exercised had up to a 31 percent lower risk of kidney stones.13 The link persisted even with only small amounts of physical activity.

Specifically, the research showed a lower risk from three hours a week of walking, four hours of light gardening or just one hour of moderate jogging. You can find my comprehensive exercise recommendations, including how to perform highly recommended high-intensity interval training (HIIT), here. Diet wise, women who ate more than 2,200 calories per day increased their risk of kidney stones by up to 42 percent, while obesity also raised the risk. It should be noted that even though obesity increases kidney stone risk, weight loss surgery that alters your digestive tract actually makes them more common. After weight loss surgery, levels of oxalate are typically much higher (oxalate is the most common type of kidney stone crystal).

We’ve already covered drinking plenty of water and avoiding soda, excess sugar and fructose. What else can help reduce your risk?

1. Make Sure You’re Getting Enough Magnesium

Magnesium is responsible for more than 300 biochemical reactions in your body, and deficiency of this mineral has been linked to kidney stones. An estimated 80 percent of Americans are deficient, so this could be a major factor. Magnesium plays an important role in your body’s absorption and assimilation of calcium, as if you consume too much calcium without adequate magnesium, the excess calcium can actually become toxic and contribute to health conditions like kidney stones.

Magnesium helps prevent calcium from combining with oxalate, which, as mentioned, is the most common type of kidney stone. Green leafy vegetables like spinach and Swiss chard are excellent sources of magnesium, and one of the simplest ways to make sure you’re consuming enough of these is by juicing your vegetables. Vegetable juice is an excellent source of magnesium, as are some beans, nuts like almonds, and seeds, pumpkin seeds, sunflower seeds, and sesame seeds. Avocadoes are also a good source.

2. Eat Calcium-Rich Foods (But Be Careful with Supplements)

In the past, kidney stone sufferers have been warned to avoid foods high in calcium, as calcium is a major component of the majority of kidney stones. However, there is now evidence that avoiding calcium may do more harm than good. The Harvard School of Public Health conducted a study of more than 45,000 men,14and the men who had diets rich in calcium had a one-third lower risk of kidney stones than those with lower calcium diets. It turns out that a diet rich in calcium actually blocks a chemical action that causes the formation of the stones.

It binds with oxalates (from foods) in your intestine, which then prevents both from being absorbed into your blood and later transferred to your kidneys. So, urinary oxalates may be more important to formation of calcium-oxalate kidney stone crystals than is urinary calcium. It is important to note that it is the calcium from foods that is beneficial — not calcium supplements, which have actually been found to increase your risk of kidney stones by 20 percent.15

Soybeans and soy-based foods may promote kidney stones in those prone to them, as they may contain high levels of oxalates, which can bind with calcium in your kidney to form kidney stones. This is just one reason why unfermented soy — the type found in soy milk, soy burgers, soy ice cream, and even tofu — is not a health food. If you were to carefully review the thousands of studies published on soy, I strongly believe you would reach the same conclusion as I have — which is, the risks of consuming unfermented soy products FAR outweigh any possible benefits.

If you’re interested in enjoying the health benefits of soy, choose fermented soy, as after a long fermentation process, the phytate (which blocks your body’s uptake of essential minerals) and anti-nutrient levels of soybeans (including oxalates) are reduced, and their beneficial properties become available to your digestive system.

10 All-Time Inventions That Changed The World